SongWire – A Girl That I Used To Know

One of the romantic depictions of the songwriter lifestyle is described as front porch pickin’… which is exactly how this song started out. It was a cool, sunny spring day complete with chirping birds and the smell of honeysuckle in the air. I could literally smell the honeysuckle. Davis Branch, Mark Leach and I got together with Josh Withenshaw at his house in the Melrose neighborhood to write.

It was 11am, and Josh had just brewed himself a cup of coffee, but then gave it to me because that’s the kind of guy he is. While he went back into the kitchen to brew another coffee, Davis and Mark and I tuned and caught up on the front porch. Josh soon joined us and we started pitching song ideas… and I’ll spare you the ideas that didn’t make the cut. Not much stuck until Davis told us he had a line that he’d been thinking about stuck in his head, which ended up being the hook for this song: “Blackberry smoke, Cherry Coke and a girl that I used to know.”

Since the hook painted a nostalgic picture, we decided to follow that thread through the song, starting the verses with a look back in time, and then describing what life was like when the singer was with the girl.

We built the melodies over a kind of doo-woppy bass riff Davis played, and Mark, being the artist in the room, improv-ed a bit until we locked in the vocal melody over the guitar rhythm that had evolved.

Toward the end of the session, we had the verses, chorus and bridge knocked out, but the song was coming in too short. Like 2:15 or something. But it felt like a complete song from a lyrical perspective, and we didn’t want to force any more full-chorus repeats than necessary, so we added the “Whoa-oh-ohs” to the intro and outro, and it now clocks in around 3 minutes, which is right on the money for radio. Normally I wouldn’t add to an intro, because most of the time a long intro will bore the listener into changing the station or moving on to the next song. But in this case, the “Whoa-oh-ohs” are a sung hook, so we agreed it made sense to break the intro-length rule. 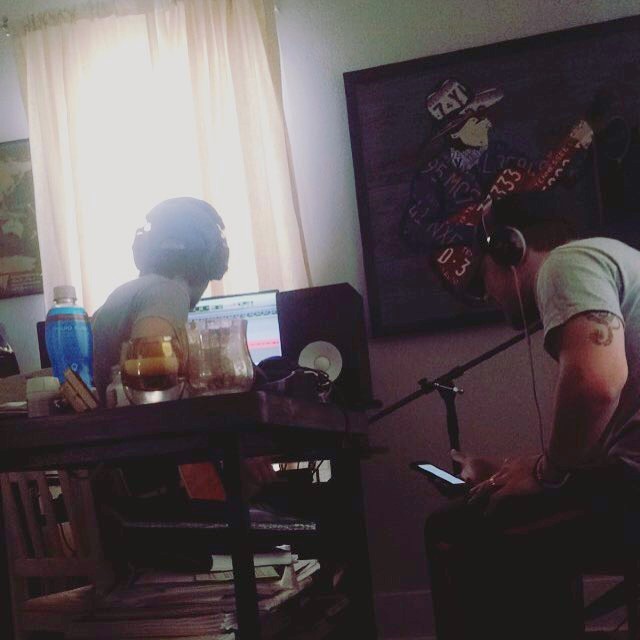 This is an “in-the-box” demo that Josh put together in ProTools at his studio-in-progress. He and Davis played guitars, bass and programmed the keys and drums (using EZDrummer, I believe). Mark sang the lead, and Danny Stevens, who had just shown up for an afternoon writing session, was roped into lending his voice for some background vocals.

I went over to listen and help a little with the final mix tweaks, but Josh had it pretty much nailed already.

Want a behind-the-scenes, sneak peek into the songwriting process?